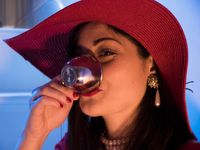 Sicilian by birth but adopted by Britain, Viviana Zarbo comes back to the Pheasantry with a show celebrating the famous Italian songs which served as the background of her childhood in Italy. “I discovered many Italian music golden age treasures thanks to my father’s music cassettes, which he played on the car stereo, and I sang along. It is by singing those songs that I first found my love for singing”. However, her “amore” (Italian for “love”) for singing has become, in time, influenced by her favourite songs by the jazz divas, which she discovered along her artistic path in the UK. All these elements will be presented in a show made up of different musical styles, linguistic varieties, and surprises … not to be missed!